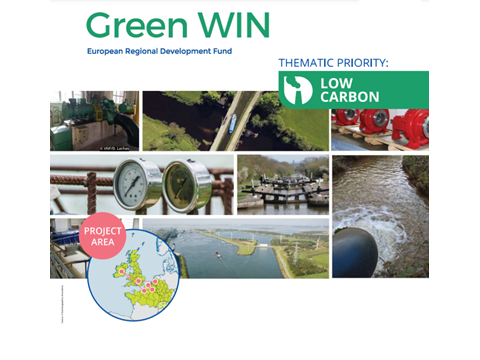 Northwest Europe has a long tradition of transporting goods and people on rivers and canals. While river transport has seen a decline in recent decades due to the advent of cheaper road transport, it has a vital role to play in the green transition. Transporting goods by boat instead of road is much more efficient and less carbon intensive.

To be able to play their part on the path to decarbonisation, inland waterways need to innovate and become even more sustainable. The partners of the Green WIN project have understood this and have launched an innovation process that will reduce CO2 emissions from pumping stations on inland waterways. The project is made up of waterway management bodies, universities, public service bodies and inland waterway experts from Belgium, France, Germany, Ireland, the Netherlands and from the United Kingdom.

If you want to see what Green WIN is doing in real life, you can check out 11 pilot sites in France, Ireland and the UK where different technologies are already being tested under real conditions. To disseminate the results, the project is also developing a toolkit so that waterways across Europe can become more sustainable, efficient and greener. A clear win-win for all!